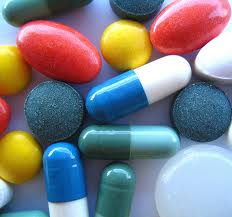 The process of uncovering and developing new medicines is an extremely costly and time consuming effort. Pharmaceutical companies have to make sure that only safe and effectual medications are released to the public. At a cost of between $800 million and $1 billion, over a course of 10 to 15 years, each drug undergoes a stringent process of discovery, development, approval and finally, public use.

Pharmacologist, chemists and other scientists, working in laboratories, pinpoint genetic and cellular properties of different diseases. They then introduce biological and or chemical elements hoping to get an adverse effect on the disease cell. Following preclinical evaluations, of all the tests and discoveries, only 0.001% (5 out of 5000) is considered safe for human consumption and will be tested on volunteers.
Testing in patients continues for an additional three to six years, until one of the initial 5000 (0.0002%) is chosen and approved for public consumption as a new medicine.

The Order of Steps for developing a new medicine is as follows:

In the United States the FDA reviews, and must approve the tests to date, before moving on to the next step. Each country has its own regulatory agency whose guidelines must be adhered to before continuing with the drug development process.

Prior to testing in humans an application is presented including all the known information on the drug. Permission to begin testing on healthy human subjects is requested.

An impartial committee of physicians, community advocates and others is called an independent review board (IRB). It makes sure that a clinical trial is ethical and that the rights of study volunteers are guarded. The IRB or an ethical advisory committee must accept and approve the procedure for a clinical study, as well as the informed consent, signed by the volunteers and the investigators.
There are three stages to clinical studies, Phase I, Phase II and Phase III, each involving additional study subjects.

Often, a Phase II clinical trial will arbitrarily divide the recipients into two or three groups. One group will receive the investigational new drug; one group a placebo and possibly a third group will receive a standard treatment to compare it against the effectiveness of the new drug. When this is a double-blind test, even the researcher doesn’t know who received the drug or the placebo. How long Phase II lasts is contingent upon the kind of drug and the disorder that it is intended to treat. It may be anywhere from six months to three years.

In the US: New Drug Application (NDA), and in the UK: Marketing Authorization Application (MAA) is used to apply to make a new drug available to the public. Theserequestsdetail all the data gathered during the preclinical and clinical studies, including its safety and efficacy.

Upon successfully completing the preclinical and clinical trials, the amassed documentation is presented to the Food and Drug Administration, in the US, or the governing body in the country where the study is taking place. The records will provide substantiation that the medication will perform as intended when used for the purpose for which it is prescribed. New drug approval can take anywhere from six months to two years.

Once the regulatory agency has approved a new medication, the pharmaceutical company may continue to study in the drug in Phase III b and Phase IV. These after approval studies may continue for a few months to many years.

Phase IIIb may actually begin before the medication is approved. These trials are looking toextendpreviousstudies by delivering supplemental safety information or they may assess the approved drug for other disorders for which it may show to be beneficial.

Phase IV trials increase analysis of a proven medication to wider patient populations. Also,the effects of long-term use are studied along with the cost as compared to similar medications that treat the same disease

Post-approval studiesbroaden the possible use of an approved drug by testing in different age groups or other types of patients. The post-approval trials may also look at risks and side effects, previously undetected. All Phases of drug trials are to maintain a vigilant watch for safety and effectiveness.