Abu Dhabi, the capital city of United Arab Emirates is one of the largest & expensive cities having to reside an array of citizens from all over the globe; it is the largest of the seven member emirates.  The foundation of Abu Dhabi is known from an old story of a man who was the father of a deer (Dhabi=deer) and since then it’s been enthusiastically called “Abu Dhabi”. The healthcare standards in Abu Dhabi have seen a drastic improvement from its early civilization era till date. Under the aegis of H.H.Sheikh Zayed Al Nahyan, the ruler of Abu Dhabi back then took interest to develop & bring to the people of its country the best in the healthcare sector. In Abu Dhabi, the General Authority of Health Services overviews the public healthcare affairs. SEHA in Arabic means health, SEHA has announced for several hospitals & healthcare facilities/ clinics in its capital thus widening the health industry in its growth & development.

The statistics since 2009 shows that citizens of the capital city suffer from various genetic disorders most of which are autosomal recessive disorders are more prevalent in the city. Several other maladies people suffer of are from hepatitis B & C, Syphilis, Sickle-cell anaemia, Microcytic anaemia (thalessemia), HIV/AIDS, hemoglobinopathies etc. Abu Dhabi though a developed nation seeks to be strong in its healthcare sector, having invested in this industry in being fruitful to the citizens of its country has demonstrated a nation-wide improvement in its health. For every citizen, expatriates & foreign-nationals must have a health insurance assigned by the government of UAE. With increase in technology, healthcare offers a lucrative choice for many interested in this industry. James Lind Institute is accredited by the international accreditation organisation (IAO) presents industry-focussed & self-paced programmes in healthcare & hospital management at a reasonable cost. If you wish to enroll healthcare & hospital management training 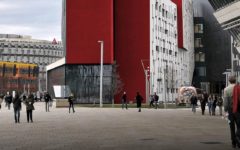