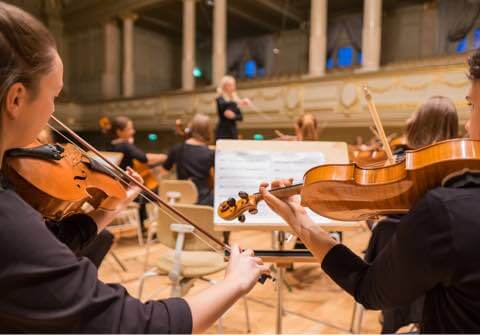 Medical journalism is a discipline of journalism which deals with gathering medical news and presenting it through media in various forms such as television programs, newspapers, websites and scientific journals. Each category of medical journalism has its own style of reporting  depending on the audience. They ultimately serve as up-to-date resources of scientific information thus giving a scope for examining the complementarities in research.

Looking at the past we realize that medical journalism is not a new field. The bringing together of the two worlds- medicine and journalism took place in late eighteenth and early nineteenth century. Since then, it has become a medium to facilitate knowledge transfer. The history of scientific journalism dates back to 1665 when the earliest academic journals “Journal des Scavans” in Europe and “Philosophical Transactions of the Royal Society” in London were published. “Medical Essays and Observation”, the first peer-review collection of medical articles, published by “Royal Society of Edinburgh” in 1731 marks the beginning of professional journalism. “Medical Repository” founded in 1797, “New England Journal of Medicine and Surgery and Collateral Branches of Science” founded in 1811, “The New England Journal of Medicine” founded in 1928, “Innovation Today for the Promise of Tomorrow” and “The Lancet” are among those journals that have played a vital role in shaping up the history of medical journalism.

In the present time, availability of a large pool of talented and qualified scientific personnel across the world, knowledge of good clinical practices, corporate investments and remarkable writing skills are creating vast opportunities for medical journalism. On top of everything, the advent of web based communication, open access to scientific data, tweeting and blogging and employment trends like freelancing and outsourcing have revolutionized medical journalism to a great extent. Yet, there are some challenges due to conflicts of interest between the journalists and scientific communities. Both of them have a social responsibility that, at times, neither does live up to. This may be owing to many shortcomings such as unrealistic expectations, misinterpretation of results, lack of healthy criticism, plagiarism, fabrications, traditional reluctance, competitive pressures, economics of the industry and such. However, these can be overcome by mutual obligations between the medical professionals and journalists. It is of utmost importance to understand the psycho-social process involved in scientific research and reporting the same. Firstly, the physicians and scientists should consider minimizing the use of technical jargons while communicating with their peers without talking down to them. Secondly, journalists should bridge the gap between the scientists and public in a transparent manner without exaggerating the promises and claims.

There is a constant hunger for information in the world and it’s a misapprehension that the scientific content can be reported without any form of interpretation. And since the volume of medical data is ever growing, there will be a huge demand for medical journalists in future. Above all, the electronic journalism and online tools at our disposal will open up promising avenues in the field of medical journalism in years to come.

If you would like to know more about the various online medical journalism courses offered by the James Lind Institute, you may see the following link: Online Medical

Do you want to be a Medical Journalist

Journalism with a medical Twist