In the modern era in which air travel has shrunken international boundaries, the study of tropical medicine has gained a more serious relevance for all nations. As a major example the Ebola virus disease (EVD) epidemic that surfaced in early 2014 has brought to limelight the concerns regarding the rapidity at which infectious diseases can cross distant borders and the effect they can have internationally. The notorious virus that has so far caused thousands of casualties in West Africa also affected people in Europe and the United States. Preventive measures to contain the spread of EVD have changed hospital systems as well as the socioeconomic framework. In response to this epidemic, research to develop novel drugs and vaccines for the treatment and prevention of EVD was taken up on a war footing globally. Management of patients infected with the virus in tertiary care centers with intensive isolation facilities demonstrated that even invasive procedures like intubation and dialysis could be performed safely and could save lives. The management of Ebola virus disease in resource constrained settings remains a serious challenge for communities intensively affected and the control of the epidemic remains a priority for the world.

In the past few months also there also has been an intensive outbreak of chikungunya involving the entire Caribbean. This is also a mosquito-borne viral disease and spreads rapidly. The Aedes mosquitoes which are omnipresent specie in an urban setting also transmit dengue virus and their presence throughout the Africa, Middle East, South and South East Asia and also the Americas makes infection control and prevention a challenging task and an international endeavor.

Over the last two decades tropical medicine has eventually become a major focus of the global health community in both the developing and developed nations. Major advances have been achieved and serious research investment has been undertaken by the stakeholders. The access to more affordable medicines for patients in low-income countries is increasing day by day with awareness of the far reaching global effects of investment in this area. Multiple innovative models of disease prevention are stimulating research backed by a robust information technology and infrastructure to develop treatments and diagnostics for neglected tropical diseases is being funded by global agencies. An example is the treatment of HIV where mass treatment of HIV with antiretroviral drugs has turned into a reality and is an international priority. A highly efficacious malaria therapy, known as artemisin-based combination therapy, has been made available in most of the African countries and South Asia. Treatment of patients with MDR-TB or XDR-TB has become an international public health priority. At the Doha Declaration on Trade-Related Aspects of Intellectual Property Rights and Public Health it was resolved that the right to balance public health needs with intellectual property rights is a major international priority.

Lot is being done but the path to achieve a major global impact on the neglected tropical diseases is a long and challenging one.  Many drugs are too expensive for patients or governments in developing countries, and the increase in patent rights in developing countries has led to increased costs and serious competition. Research and development is still not directly inclined towards the immediate needs of people in poor countries. Drugs and diagnostics are being developed on the basis of their big market potential rather than the patient needs. It is a reality that only about 1% of the drugs and diagnostics that have come to the market in the past three decades were primarily developed for tropical diseases. Also considering the serious chronic shortage of trained health staff in low-income countries, simpler, more impactful and innovative models of healthcare delivery for tropical diseases that will benefit both patients be easy for the health care workers to implement have to be developed.

The global voice is for not only that these diseases will get more attention but also that the international communities will cease to neglect the people suffering from them. A major solution to the problem is that wider attention be given to training in Tropical Medicine, Public Health Surveillance and Immunization Research.

Importance of Tropical Medicine in Africa 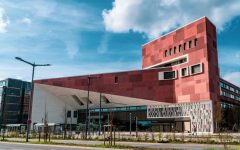 Importance of Tropical Medicine in Africa

What is Public Health Administration